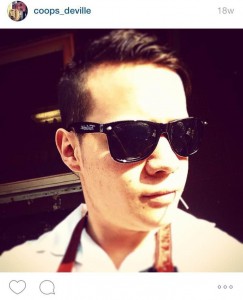 When Niagara University student Cody Candelario, an aspiring chef majoring in luxury hospitality operations at the university’s esteemed College of Hospitality and Tourism Management, mounted his own social media marketing strategy, it landed him on this Sunday night’s episode of Food Network’s “Cutthroat Kitchen.”

Cody, a native of Healdsburg, California, is presently spending the summer in a Niagara University internship at Hotel Belvedere in Bellagio, Italy on the shores of Lake Como. On weekends, he travels to learn about food preparation techniques at places like Cinque Terre, Milan, Florence, Rome and Venice. Cody will spend his senior year in Germany participating in Niagara’s dual-degree program with the International University of Applied Sciences in Bad Honnef, Germany.

The campaign to become a Food Network star began when student Cody started working at Carmelo’s, a restaurant in Lewiston, New York. As he started posting photos on Instagram to capture his culinary creations, others began to notice. In just a few months, he had developed connections with chefs, promoters and cooking labels. Soon, he was was contacted by a casting agent for the Food Network. In mid-December, Cody learned he made the cut for “Cutthroat Kitchen.”

The premise of “Cutthroat Kitchen” is four chefs are each given $25,000, which they may spend on supplies to either assist in their own preparation or on ways to sabotage the efforts of their opponents. After each cooking challenge is presented, the chefs have 60 seconds to gather ingredients from the pantry and regroup for an auction to bid on culinary curve balls, such as the exclusive use of an ingredient or not allowing opponents to taste dishes. A chef is eliminated after each of the three rounds, and the last competitor standing wins the money left in their personal bank.

“I’ve never liked the question, ‘What do you want to be when you grow up?'” Cody said. “I have a loose set of goals I wish to accomplish, and a direction. In the next three years, I want to open a food truck. Then in the next five, a restaurant. I also want to be a sommelier, a hotel owner, a Food Network judge and a rock star.”

Does this sound like a great college/career experience? Find out more about Careers in the Culinary Arts and take Next Step Academy’s online course.

Article excerpted from a press release from Niagara University.

Posted in Careers In… 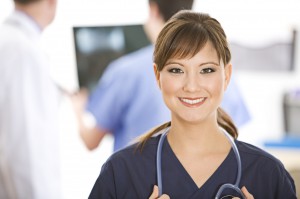 If you have some extra time before July 15th, the NurseJournal.org is awarding a Global Health Scholarship for online & campus-based education program.

One $3,000 merit-based scholarship is awarded every year and is available to anyone who is currently enrolled in an undergraduate or graduate level, global health program in nursing, medicine or public health.

International students are welcome to apply if they are currently be enrolled in a qualified program. All military are welcome. Students who are participating in any type of Global Health program may qualify for this scholarship including nurses, public health workers and physicians.

Candidates who are interested must submit the formal application and essay. The essay is 800-1000 words and is submitted through the form online.

Learn more about this scholarship at the Global Health Scholarship website.

> Wondering if a nursing or medical career is right for you? Take Next Step Academy’s quick online career courses to find out more!