How to get the most out of an online education 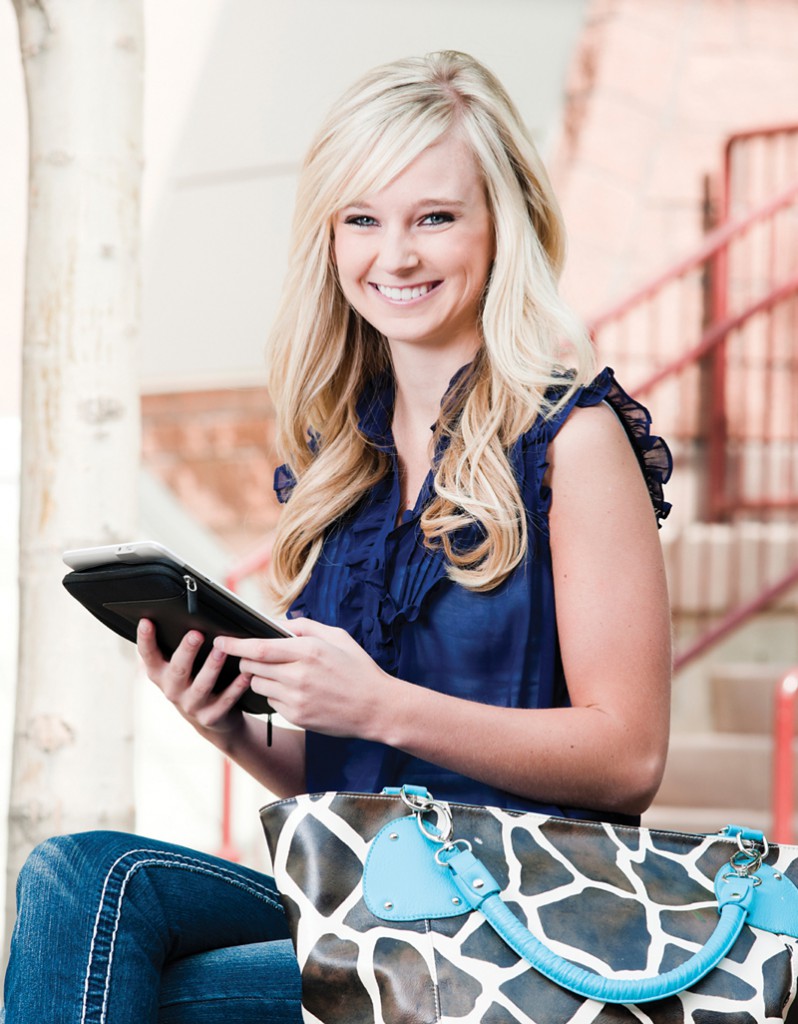 Online learning has increased in popularity in recent years. It’s a convenient choice for those returning to the classroom or just beginning their education. It allows people to continue to work full-time, while still being able to get an education. According to Dr. Steve Perry, a revered education expert, nearly half (45%) of the 21 million students in the United States took at least one online course.

Although it’s gaining popularity, online learners will have some challenges when pursuing their degree or certificate. Here are three tips to help make online learning effective:

1. When looking at programs, make sure to choose a school that has an up-to-date curriculum. Traditional classroom learning and technology-based learning are two very different environments. Perry suggests that an online curriculum must address these differences and prepare students for the challenges they will face in an Internet-based environment. Clearly communicated goals and learning objectives, successful use of technology and the opportunity for personal interaction with instructors and other students all point to the success of the online student. The best online program will be the one that has up-to-date curriculums that reflect the current trends happen in the desired sector.

2. Make sure to still polish life skills.  Learning online is a different environment. Since communication with instructors and peers is conducted online, learners miss out on face-to-face communication. In that way, having the ability to communicate effectively in a digital environment is an essential skill to possess before enrolling in an online learning curriculum. Also, according to Perry, 4 in 10 college graduates do not possess the complex reasoning skills to manage white-collar work. The ability to make decisions and solve problems and the ability to obtain and process relevant information are skills most desired by employers. Make sure the online program you pursue allows you to develop those skills and, if not, supplement those skills in an alternative learning platform.

3. Stay motivated. It may be difficult to to do homework and study when going to school online. In traditional learning, distractions are set aside because students are in the classroom. While learning online, nothing is stopping students from being pulled away by other demands. In order to combat those distractions, make sure you pay attention to your syllabi which will help you plan out your study and homework schedule in advance. Try setting up a structured plan with deadlines in a planner or on a calendar. Before getting pulled away, look at what’s due and decide if time can be spent elsewhere.

> Next Step Academy offers a variety of online courses dealing with life courses. The quick and easy 10-minute courses will help improve these skills that employers expect a potential employee to have.

So you got rejected from a job — now what?

Most people get rejected from a job at least once in their lives. Career setbacks happen to everyone — even Madonna, Andy Warhol and U2 faced rejection at some point in their careers.

But after you’re told no, you are often left to wonder how and why it happened. Rejection letters have a history of being vague about why you were passed over for the job and instead leave you only with a thanks for your interest. After all the time and effort put into applying to the job, you deserve some feedback.

So what can you do to learn from your setback? Here are three ways to handle your rejection and gain some insight in the process.

Keep negative emotions in check
Paul Freiberger, president of Shimmering Resumes, a career counseling and resume writing firm explains, “Even though being rejected leaves you bitter, angry and defeated, this is not the time to show those emotions.” Instead, send them a note of thanks for the consideration and well-wishes for the right person. “This is the mark of a grownup,” says Freiberger, “this could make you someone they’d keep in mind for the future.”

Don’t expect a lengthy explanation
Employers tend to be tight-lipped when it comes to responding to rejected candidates because giving you an explanation can cause problems surrounding litigation, Freiberger explains. While getting feedback may be something that is helpful for you, don’t come across like you are demanding an answer for why you were passed over. If you get feedback — great! But if not, don’t push the issue.

Be specific
When responding to a rejection letter, your note doesn’t need to go to everyone involved. “Write to the person who seemed the most involved, or if not them, the hiring manager,” explains Freiberger. Also, make sure you include something company-specific in your letter to avoid sounding like you are “sending these notes in bulk,” according to Freiberger.

Don’t burn any bridges
Even after receiving a rejection, anything can happen. You could have left such a great impression that they considered you for a different position or even passed your name to another company. Venting about your rejection or demanding an explanation will not help so make sure you always come across professional and willing to be reconsidered if the opportunity ever arises.

No matter what, rejection is hard to take. The further you get in the hiring process, the bigger the sting. But making it this far has a benefit — you now know small changes can make a big difference. You know what needs work.

The rejection is harsh, but it gives you an idea of what needs to be worked on. Because of this, Freiberger says there is reason to send thanks, even if you’re not feeling very thankful.

> Check out these Life Skills Courses that are sure to help you land that perfect job!

Improve your communication at work

Part of everyone’s job is to communicate with co-workers and supervisors. This is especially important because communication plays a part in making a company successful. Vivian Ciampi, founder of Professional Coaching, has seen millions of dollars lost due to ineffective communication.

“Too many in our nation’s workforce, both employees and executives, are ill-equipped [to communicate effectively,” Ciampi explains. “[This] is keeping them from realizing their full potential and attain a maximum measure of success,” she explains.

Become the “universal translator”
Translating things that will make sense and resonate with everyone involved is important in every workplace. Step out of your comfort zone or discipline, focus on the audience at hand, suggest ways to move forward and present the vision in a clear, crisp, confident and actionable way.

Meet before you meet
In order to avoid getting derailed in a meeting by questions, meet with key constituents prior to the big meeting. Answer any questions that may come up, so you will be able to cover more ground in the big meeting.

Stop, ask and listen!
Because everyone has a to-do list, important conversations and meetings are hurried to get crossed off. Slow down, take a deep breath, ask open-ended questions and actively listen to the other person without interrupting or being distracting.

Converse with clarity
Data, tight timeframes, acronyms, jargon and rushing through details all make it difficult with trying to communicate. If you’re confused, ask clarifying questions. Start with the basics: who, what, where, when, why and how. You uncover problems that need to be addressed that would have otherwise been overlooked.

When you start something new it can be easy to get caught up in the stress after it isn’t new anymore. You wonder why you began in the first place. Maybe it’s a new workout routine or going back to school, but no matter what your “new” adventure is… NEVER FORGET WHY YOU STARTED!

Your end goal should be your main focus. Dig your heels in. Get emotional about your decision. Leap with your whole heart. 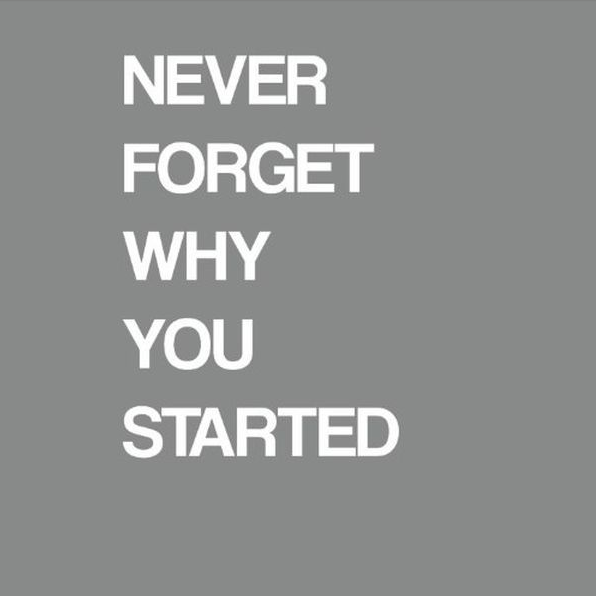 If you are a single parent looking to go back to school, every little bit of help matters. Consider applying for the Katz & Phillips Single-Parent Scholarship. This scholarship is awarded to one high-achieving, bright student intending to pursue a career in law who is also a single parent.

Requirements: To qualify you do not need to be enrolled in a law school; however, if you are not you must either be declared as a pre-law major or actively plan to attend law school. Applicant must be either a current law student at an accredited law school or at an accredited undergraduate university planning to attend and accepted into law school for the following academic year. Must have a minimum 2.8 GPA. Applicants must submit an official copy of their transcript.

Description: Applicants will be judged on their academic merits as well as the content of the application essay they provide.

> Not sure if law and public safety is the right career path for you? Take a career skills course first at NextStepAcademy.com.